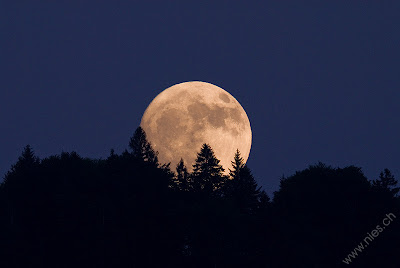 Today is Rosh Chodesh Nissan, the beginning of the month of Nissan. The Hebrew calendar is determined by the moon, which is a symbol for the nation of Israel. Just as the moon waxes and wanes, yet always regains its strength, so too does the people of Israel. Rosh Chodesh, the New Moon, represents renewal and regrowth. Though today the situation may seem bleak and the Jewish people appear defeated, we will arise like a phoenix from the ashes. Despite the numerous challenges and difficulties we face, both from the inside and out, we will triumph. The Jewish nation lives forever!

Our Sages teaches that just as we were redeemed in Nissan, the month of the Exodus from Egypt, so too are we destined to be redeemed again in Nissan. A hopeless and pathetic rabble of slaves, a broken and lifeless collection of individuals and tribes, were transformed by G-d's mighty hand into a powerful nation. A people that appeared dead were energized and filled with life by the Almighty. Just like the growing crescent of the moon, the nation of Israel was redeemed and renewed. By giving us the power to determine the timing of the New Moon (since a New Moon could only be declared if the court in Jerusalem ruled it so), G-d gave us mastery over time. While other greater and more powerful nations have come and gone, leaving behind only dust and traces, the Jewish people remains. Time has no effect on us as time only exists in this world, while we belong to a different world.

'Will these dry bones live again?', asks the poor Jew. G-d answers him that He has chosen this nation from all others, and that its success is in His hands alone. Today, we are surrounded by a sea of bloodthirsty foes whose hatred knows no bounds. We may seem lethargic or apathetic as assimilation and intermarriage reeks its horrible toll, creating a spiritual genocide. Nonetheless, know that like the moon, we will be renewed. Once we are re-energized, there will be no limit to the accomplishments of Am Yisrael. The nations will stand in amazement as the people that they took for dead, that they did their best to murder and destroy, rape and pillage, convert and assimilate, stands proudly once again and asserts its rights. Our redemption is now. It is a time for comfort.

"Turn Thou us unto Thee, O LORD, and we shall be turned; renew our days as of old."
7:45 PM
lovelipby
Judaism , teshuva