The Road to Assimilation 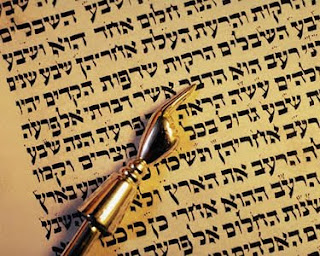 Every American Jewish establishment leader is aware that the rate of intermarriage among American Jews is at 50%. Every second Jews that gets married opts to marry out of the tribe. They accept that assimilation is widespread and that the Jewish people is disappearing as a distinctive entity in the United States. Even as they frantically try to keep Jews Jewish, apathy and indifference remain and more Jews are lost. Despite billions of dollars spent on bringing Jewish teenagers to Israel for free on Birthright, most Jews are disconnected from Israel. Jewish organizations invest tons of money into new Holocaust Museums even as young Jews suffer from Holocaust fatigue and overload. Why is it that the brightest leaders and thinkers of the Jewish establishment cannot find a way to sustain the newest generation of Jews?

The simple reason is because these people who are completely alienated from Torah and Jewish values have nothing to offer young Jews. Their ideology is completely bankrupt, with not a shred of spirituality or meaning. Bagels and lox provide no answers for a Jew seeking truth. The "Judaism" that these Jewish establishment leaders are peddling is a mixture of Holocaust victim syndrome, lame Jewish jokes and cultural quirks, knishes and kugel, with some watered down Zionism, cemented by getting Jewish teens drunk on the beaches of Tel-Aviv.

The modern zeitgeist is one of bringing people closer, of breaking down walls and barriers. The new world is one without tribal identity or religious affiliation. In such a world, one need only be a good person. What reason does this "Judaism" give to young Jews for setting up false obstacles and differences between themselves and the rest of society? These youth are given no positive reason to be Jewish, and a myriad of reasons why they should simply be human beings. The "Judaism" that they are taught is emptiness and vanity, devoid of G-d and His commandments, empty of commitment and devotion, without any holiness or reverence. The establishment leaders emphasize the "Jewish" qualities which we share with the larger society: democracy, tolerance, pluralism, etc. Little do they realize that what these assimilation-bent Jews need is to know what makes us different than, not the same as, everyone else. If being Jewish is only about being a good person, why not marry a nice Catholic or Chinese or Greek girl?

The essence of Judaism is that G-d publicly revealed Himself before the entire nation of Israel at Mount Sinai and made an eternal covenant with us. He became our G-d and we became His nation. At Sinai, G-d gave us His plan for life, the Torah, which contains His commandments. These commandments have been the mainstay and foundation of Jewish life for thousands of years. When the situation seemed hopeless, when the desperate Jew in Spain or in Russia was ready to break, it was G-d's promise to Israel that gave him strength. Living in terrible conditions, in the ghettos of Europe or the mellahs of Morocco, the Jew clung fiercely to his G-d and to his faith, with complete trust in G-d's revelation at Sinai and believing fully in the coming of the Redemption.

When Jews keep the Torah, they can overcome Crusades and Inquisitions, pogroms and Auschwitz. When they stray from G-d's Torah, they are left without a basis and are lost. It is time for the Jewish leaders to admit that "cultural Judaism" is a dead end. We have tried to raise a generation on nostalgia, Holocaust guilt and Seinfeld and have found that this is a path to assimilation and spiritual destruction. Without a solid foundation in Judaism, forget about getting Jews excited about Israel. The Jewish pride and identity that these leaders so hope to instill in young Jews must have a basis in Jewish belief, values, ritual and practice.

A whole generation of Jews have been robbed of their heritage. Tragically, they are completely ignorant of the faith of Abraham, Isaac and Jacob, and of the countless millions of Jews who have preceded them. It is time to return the core of Judaism to what it always was- the Torah and mitzvot. Otherwise, we march down the road to assimilation singing and dancing to the tunes of Fiddler on the Roof.
5:58 PM
lovelipby
Judaism , teshuva