Not an Arab Problem 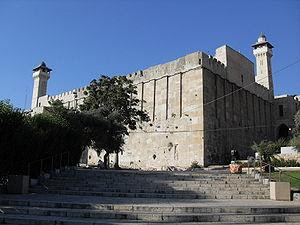 Israel is suffering from a crisis of faith. Whereas Zionism was once at the center of Israeli society, today is has been replaced in many quarters by apathy and cynicism. Israel is at a crossroads, perpetually fighting an enemy that will not tire or cease, unable to win but with too much at stake to concede defeat. Israel is besieged and surrounded by enemies on all front- Hamas in the south, Hizbullah in the north, proxies of Iran and Syria. Its detractors spend most of their energies coming up with new and innovative ways to kill Jews and delegitimize the Jewish state. Israel's response is one of confusion, resignation and despair.

Israel is a country that desperately seeks international acceptance and legitimacy. It is a country that is trying to flee from its heritage and its destiny with every ounce of its fiber. Nothing epitomizes this more than the insane and suicidal obsession with creating a Palestinian terror state in Judea and Samaria. In order to gain the love of a fickle world whose love for Jews has run out 60 years after Auschwitz, Israel is willing to surrender its biblical homeland to a people committed to its destruction and to create another Arab terror state on the ashes of the resettlement of half a million Jews.

Never was there an Arab nation or country in Judea and Samaria. The "Palestinians" never had a sovereign state or self-rule in these lands. However, it was in these lands where the Jewish nation was born and developed. There the Patriarchs roamed, the Kings of Israel fought and the Prophets rebuked the people. There the Maccabees began their struggle against the Greeks and it was there where Bar Kochba and Rabbi Akivah roused the nation to throw off the yoke of Roman tyranny. Thousands of years after the first Jew had pitched his tent in the hills of Hebron and Shechem, after the Jewish people had conquered and divided up the Land under Joshua, had seen the rise and fall of two independent kingdoms, two exiles and the destruction of two Temples, was the name 'Palestine' first uttered. After the Romans brutally suppressed the last Jewish revolt and carried the Jewish freedom fighters into captivity, they decided to rename the land 'Palestinae' in order to erase all Jewish ties to the Land.

The Palestinian nation is a lie and a fraud, swallowed whole by the world and those poor Israelis, devoid of roots and heritage. In 1967, following the defeat of 3 Arabs armies determined to throw the Jews into the sea, Israel liberated Judea and Samaria. Once again we were reunited with Hebron, where our Mothers and Fathers are buried, with Bethlehem, comforting Mother Rachel with the realization of the divine promise that "there will be a reward for your works... and your children will return from the lands of the enemy." Beit El, Shechem, Jericho- these lands where once again Jewish. The world literally shook with the earth-shattering cry: "The Temple Mount is in our hands!" And yet, incredibly, instead of annexing these lands that had been cut off from the reborn Jewish state 20 years earlier, Israel did nothing. And it still does nothing.

The reason for Israel's non-action is not because of international pressure, or for fear of the Arab reaction. Israel does not rightfully annex Judea and Samaria because of what that would mean: the return of the Jewish people to the lands of the Torah. Sadly, Israel desperately wants with all of its might to be Tel-Aviv and Herzliah, to be Dizengoff street and the beach. A return to Hebron would also mean a return to the lifestyle of those who are buried there. Judea and Samaria is too powerful a wake-up call to the secular assimilationists who rule and direct the state.

This brings us full circle. As long as Israel refuses to claim Judea and Samaria, it will continually to be faced with constant Arab attacks and harassment, with world legitimacy ever more elusive. That is the cause of all of our problems, and the reason why the new generation of secular Israelis is at a loss for direction. Judea and Samaria are destiny. They tell the Jewish people, a people who wants so badly to be normal and to be accepted, that they cannot be normal. It reminds them of their innate difference, of their mission purpose. For Israel was not created so that Jews can eat falafel and go to the beach. If that is the case, certainly there are better beaches elsewhere, ones which are not bought with bloody wars and constant terror attacks. Certainly, a million Israelis feel this way and have made their homes elsewhere- in New York, in Los Angeles, in Toronto, in Miami, etc.

If so, for why was the State of Israel founded? The State of Israel was founded only because the G-d of history, the G-d of Israel, promised the Patriarchs of the Jewish people that He would never abandon them or allow them to assimilate among the nations. It was founded because G-d took one people out of bondage in Egypt and brought them close to His service. It was founded because G-d chose the Jewish people, separating and elevating them above all of the nations and giving them a land where they could dwell, free of the influences and foreign cultures of the goyim. It is from this land where holiness and G-dliness shall spread. "For out of Zion will come Torah, and the word of G-d from Jerusalem".

It is this which so terrifies the assimilated sabra, cut off from Torah and its teachings. At the same time, without it, he is lost and has no sense of direction. Is Israel a Jewish state or a Western state? A Jewish state or a state of all its citizens? For this he has no answers, and the future is bleak. In short, Israel does not have an Arab problem, but a Jewish problem. A leader led by Jewish values would have no trouble taking control of what is rightfully his, and telling those who squat on his land and seek to kill him to please find their new homes elsewhere.

Almost 63 years since the rebirth of the Jewish people from the suffering of the exile, we can no longer waver and hide from destiny. The destiny of the Jewish people is knocking. Either we embrace it willingly, or we will be forced to do so.
6:02 PM
lovelipby
Eretz Yisrael , Jewish Israel , Judea and Samaria , zionism