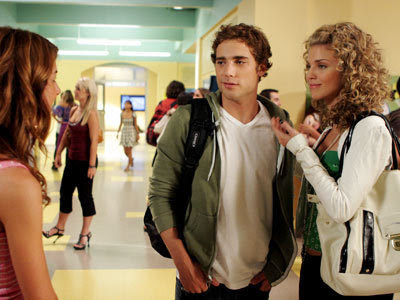 Tuesday night's premiere of CW's 90210 was... okay. It wasn't particularly boring but we didn't exactly love it. Throughout the show, something felt off to us, something we couldn't really name until it suddenly occured to us that the show felt SO high school!
The show is about high school, you say, so obviously it's supposed to feel high school. But the characters in the past few 'high school' dramas that I've watched have been so un-high-school, 90210's characters and enviornment seemed relatively young and teensy. Think back: While The OC was also about spoilt kids who go to a rich, Californian school, Marissa (Mischa Barton) and Summer (Rachel Bilson) seemed to deal with more non-school-related issues and the only time we see them at school was to see them talk by their lockers. Veronica Mars was so mature and smart that I never really thought of her as a dumb teenager. As for Gossip Girl, Blair, Serena and sometimes even Jenny seem so worldly and glamorous that it just doesn't seem like normal high school to us.
So watching the kids on 90210 actually doing high school things like playing lacrose, messing up the rival school, copying a friend's homework, being grounded, participating in school plays and boys beating each other up. Obviously high school's not supposed to be sophisticated but we're just not used to it! And yes, of course we noticed the clothes! 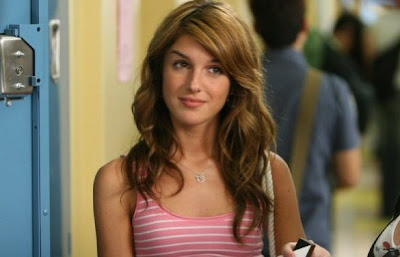 The main character whose name was so forgetable I had to look up, is Annie. In the first episode, she wore very basic high school clothes, like a camisole with denim skirt. 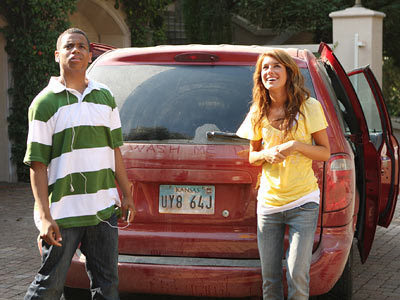 And look, jeans with basic tops. Nothing fancy! 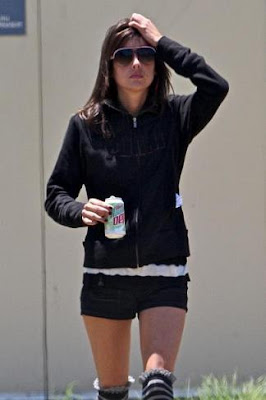 Silver (yes, that's the character's name,) whose supposed to dress hipster/ hippie/ edgy is my favourite 'fashion character' on the show so far. (She looks way cooler in the show than in this photo. I couldn't find a better one.) 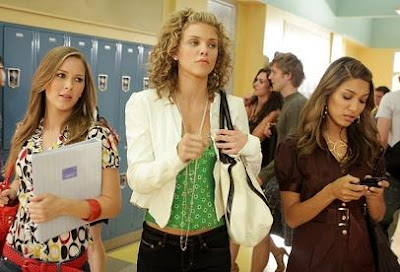 The popular girl, Naomi dresses only ok. As you can see from her ugly outfit here, she's no Marissa Cooper. And she's really into wearing designer-flashing things, like Chanel logo accessories. 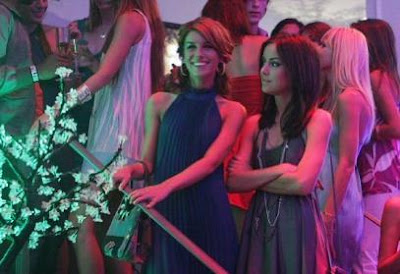 As for the party outfit, Annie got to wear an expensive dress (because Naomi bought it for her.) Silver looks so cool with a simple ballerina-looking American Apparel dress with long necklaces. I'm looking foward to more of Silver's outfits!
So you can obviously tell I am not impressed with the girls' outfits -but that is one of the things that is making this show seem so 'high school' to me. Hopefully the drama will get more interesting in the next few episodes. How much did you like the new 90210?
4:12 AM
lovelipby